I have been involved with Bichons for 14 years. I have 5 champion Bichons at home and many with their owners. We breed for the highest quality and temperament. I am an owner handler but also have used several handlers to finish my dogs. I have pups on occasion and interview extensively for placement. I do OFA and CERF testing and sell with specific contracts. 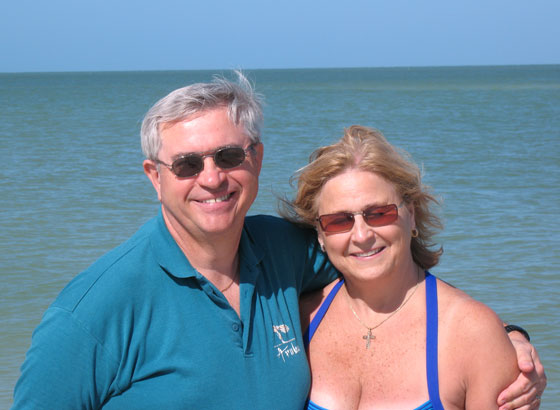 My foundation female Ch. Alluradel's Sassy Sweettooth
finished in the top 3 Female Bichons in 1999 in the US.

Read about the breeder in the national Bichon magazine:

Anibal and Lisa are great friends of mine and have been the key elements in the success of Whitebred Bichons. 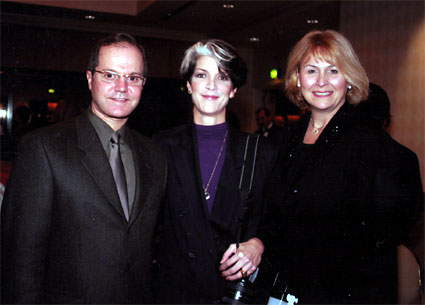 From L to R: Mr Anibal Faria, Ms Lisa Croft-Elliott and the breeder. 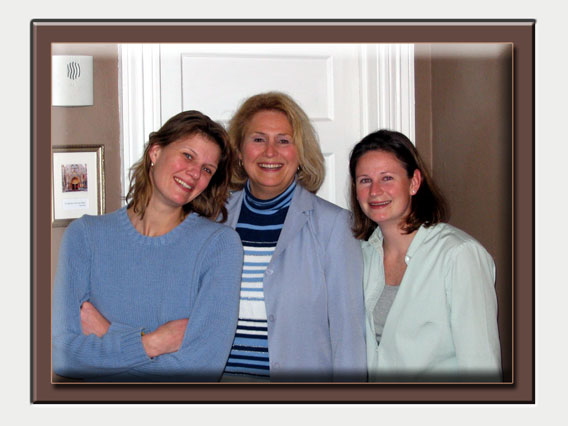 Karen and her daughters Kara and Kristen 2006

Thank you for your interest in my dogs. I do have pups occasionally   during the year. However  at this time, I am taking applications for my wait list. Please complete my questionnaire  and after I receive it, I will contact you.